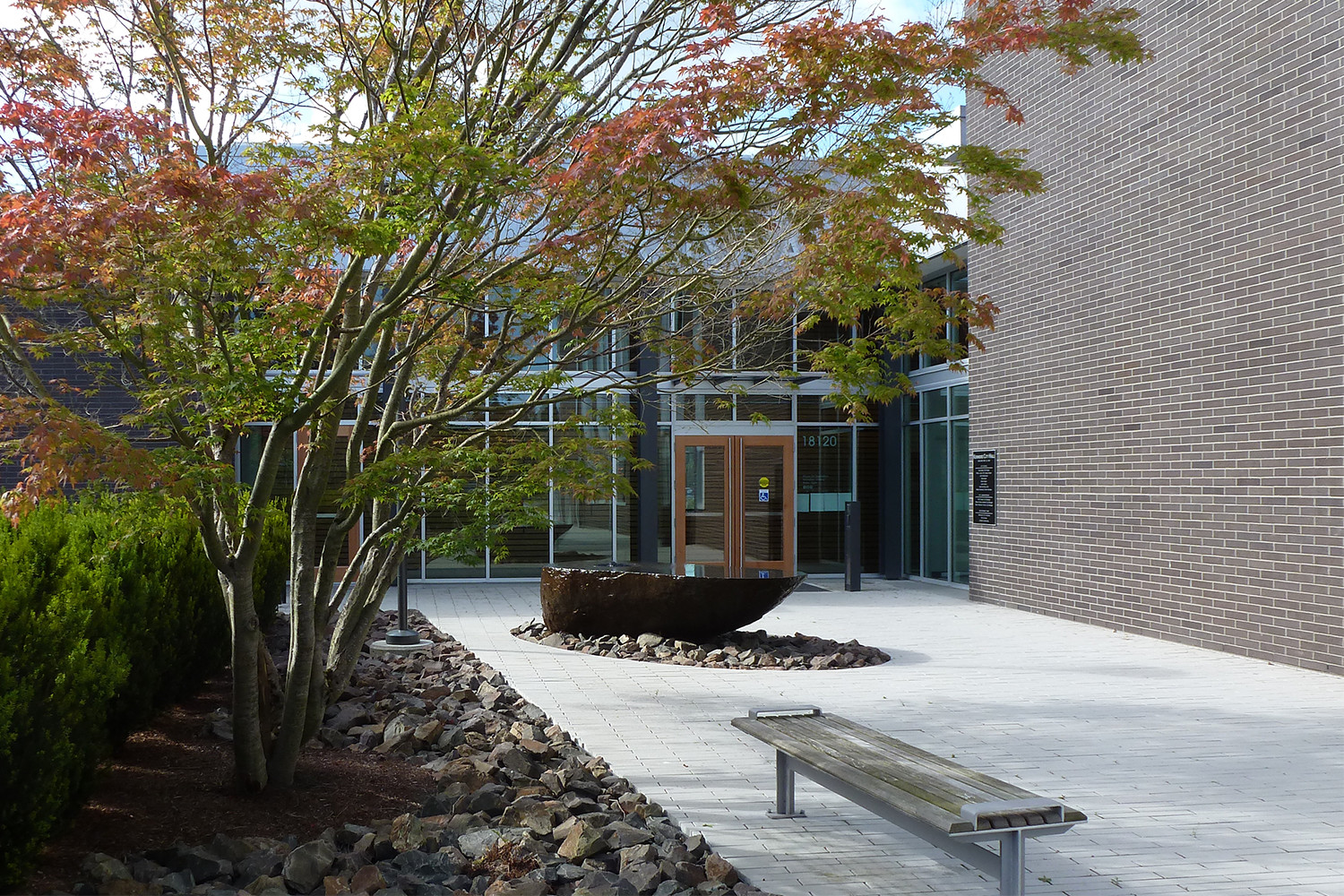 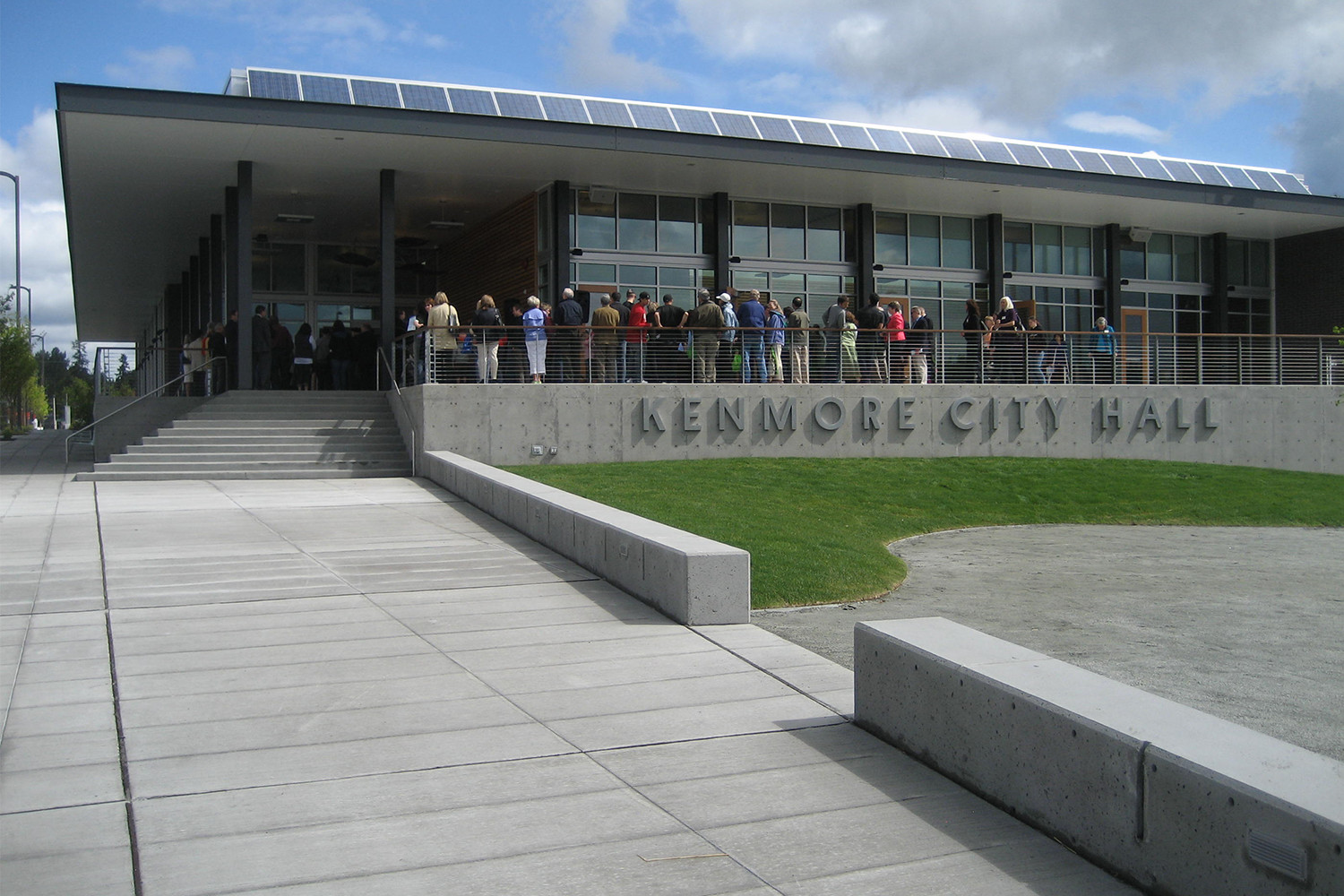 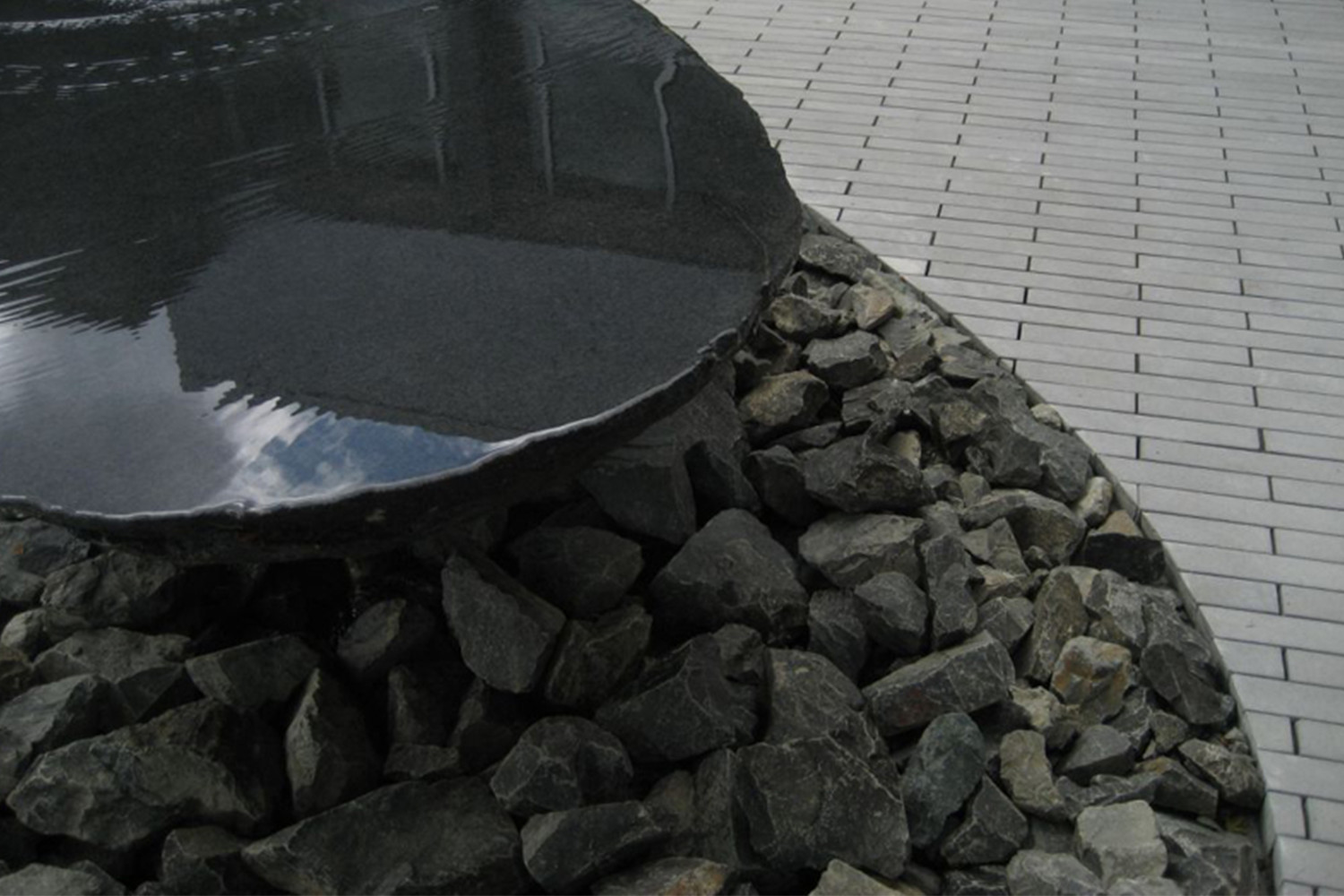 The plaza serves as City Hall’s “front porch,” symbolizing a grand civic gesture that invites the citizens of Kenmore to gather in a welcoming, open space, which is an important in a system of interconnected civic features. Seating is integrated into the space, focusing attention toward a reflective stone fountain that references Kenmore’s identity as an “oasis” on the north shore of Lake Washington. Utilizing principles of CPTED (Crime Prevention Through Environmental Design), as well as being cognizant of ADA issues, the plaza space is largely open in its design, keeping view corridors clear and allowing for universal accessibility.