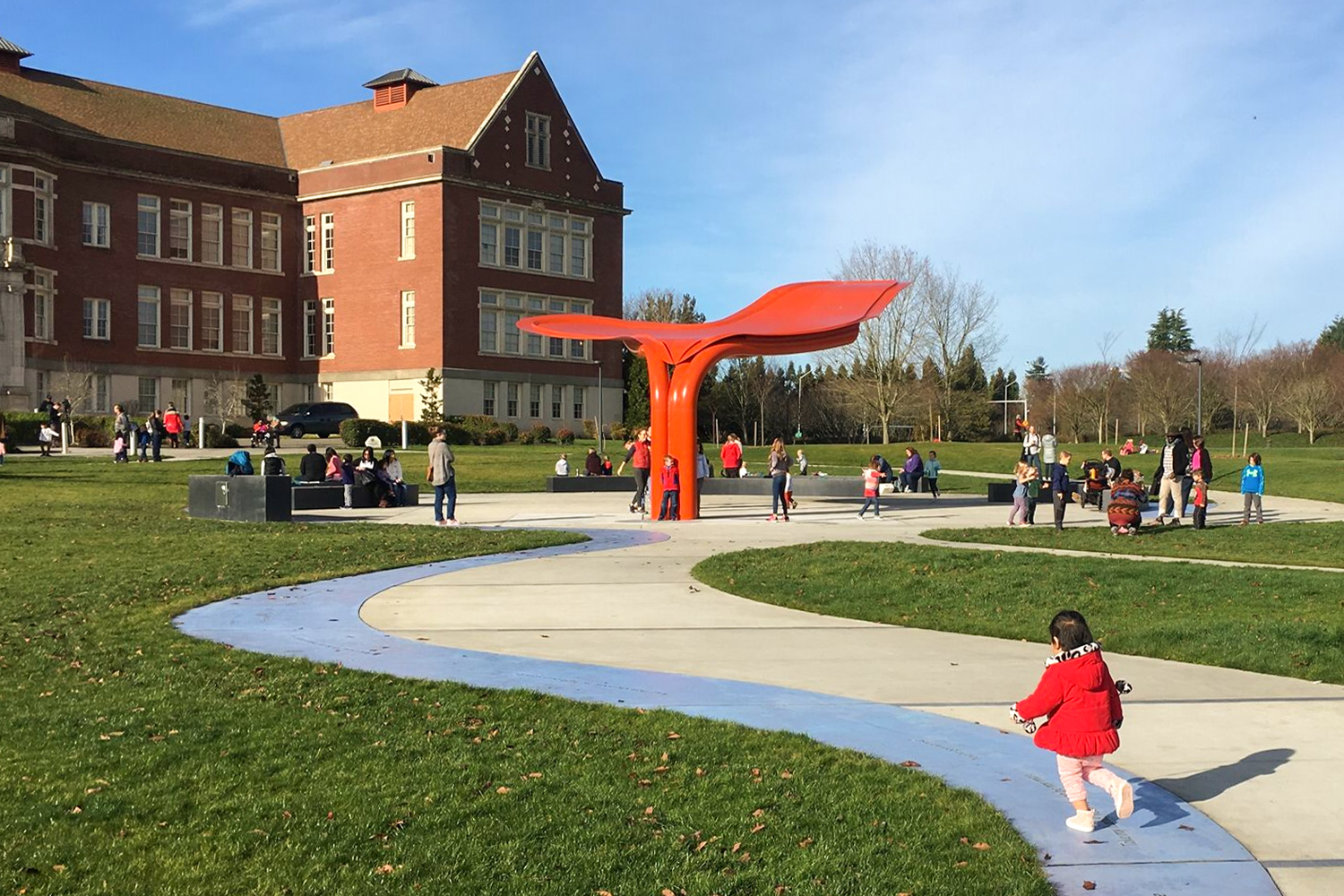 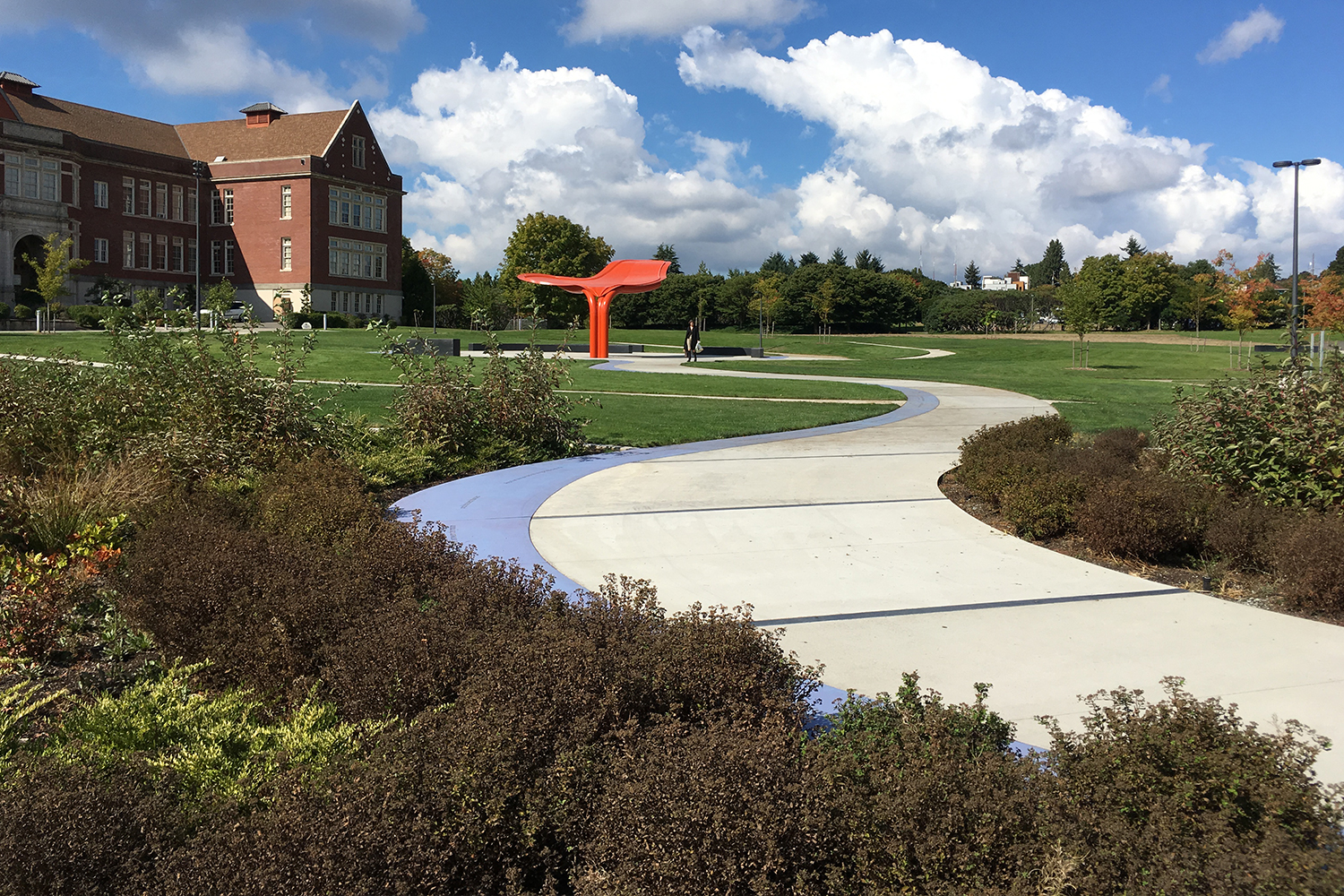 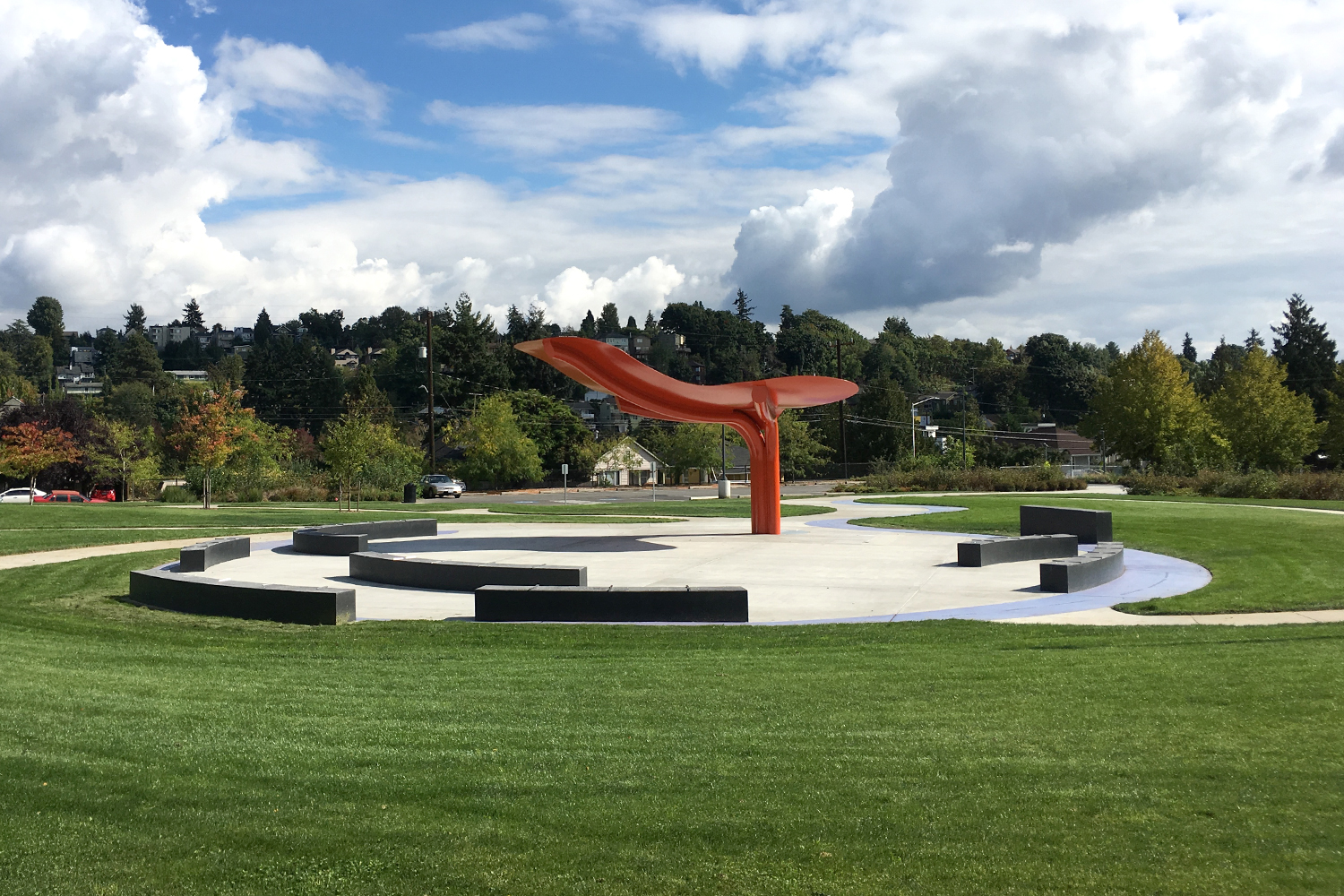 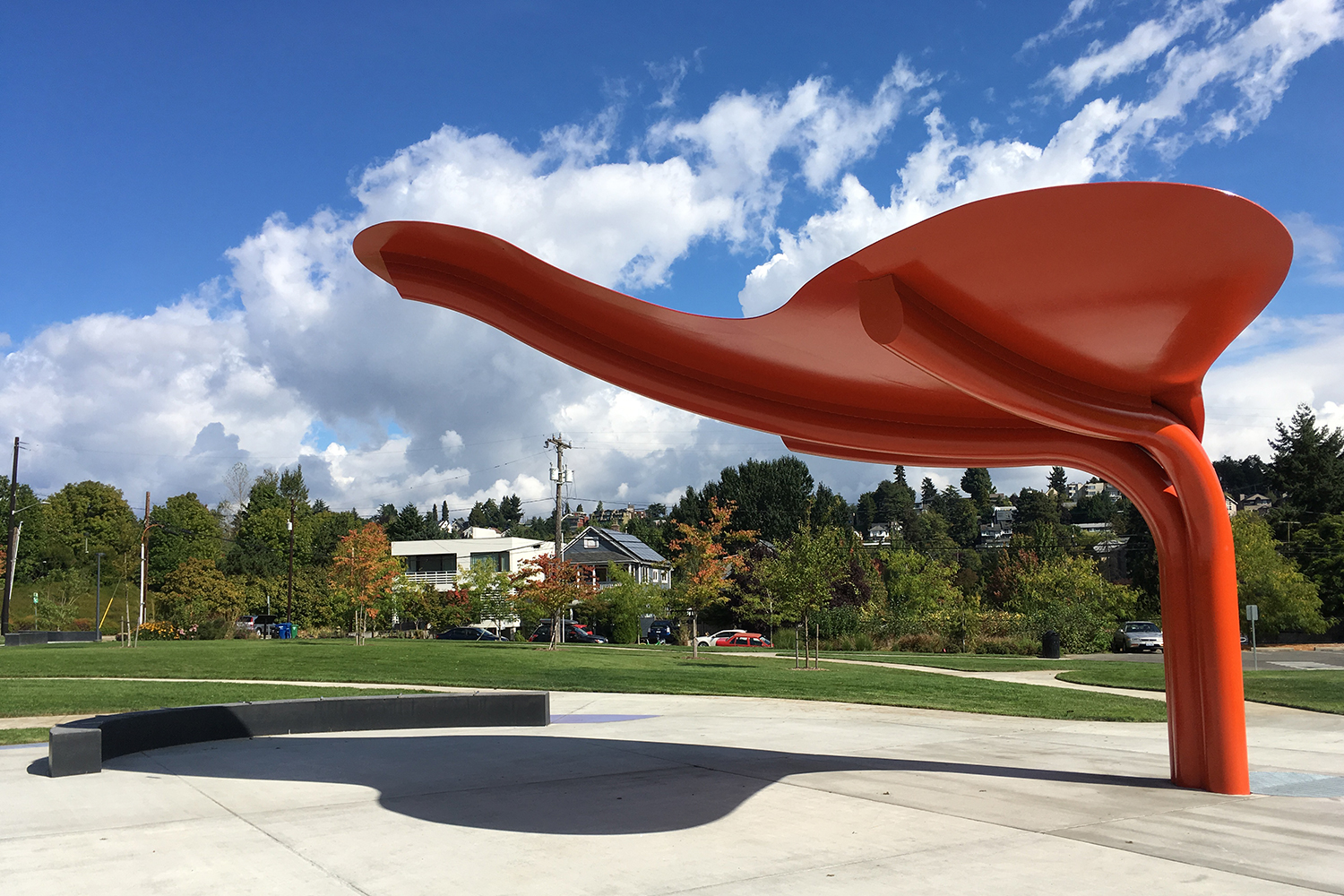 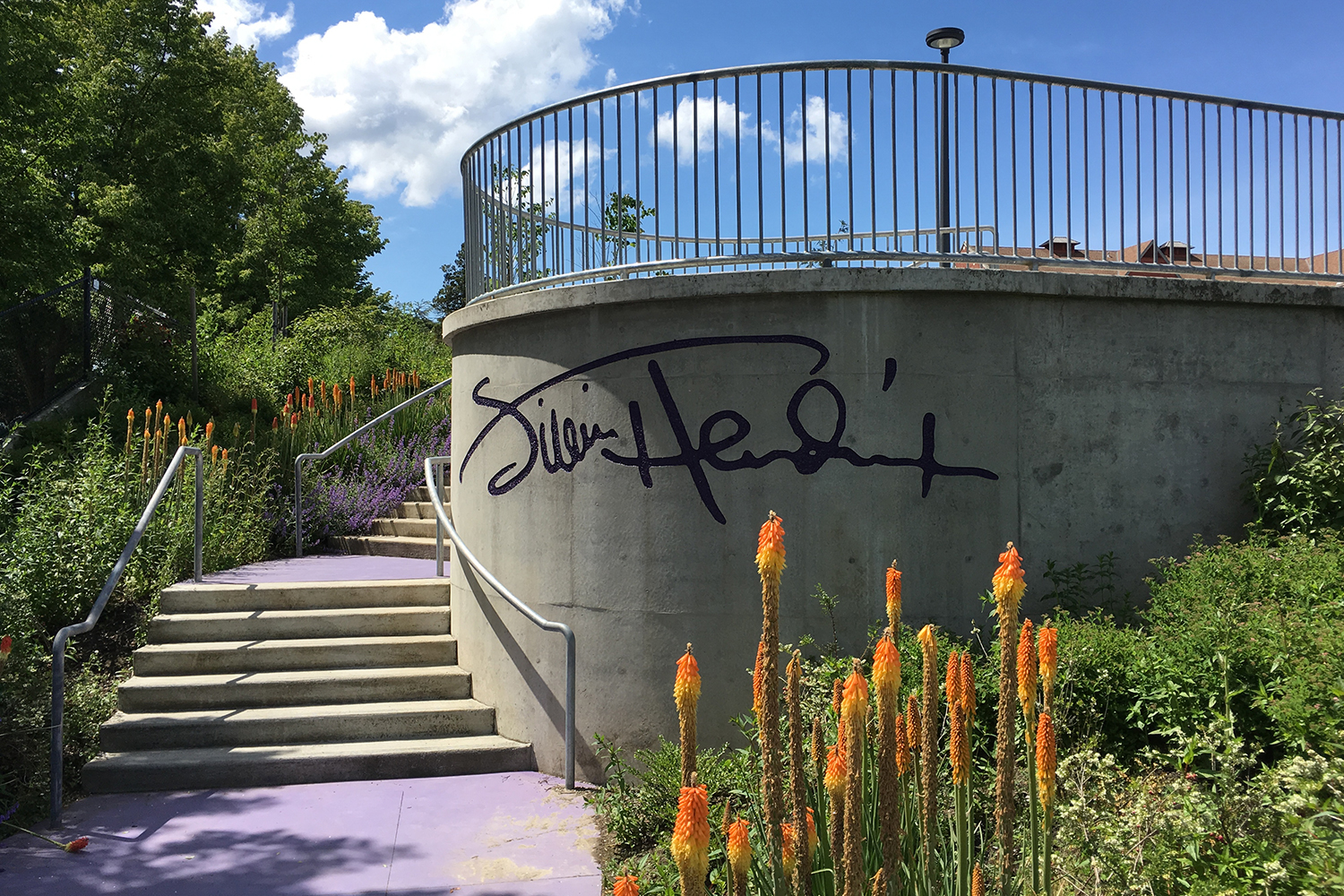 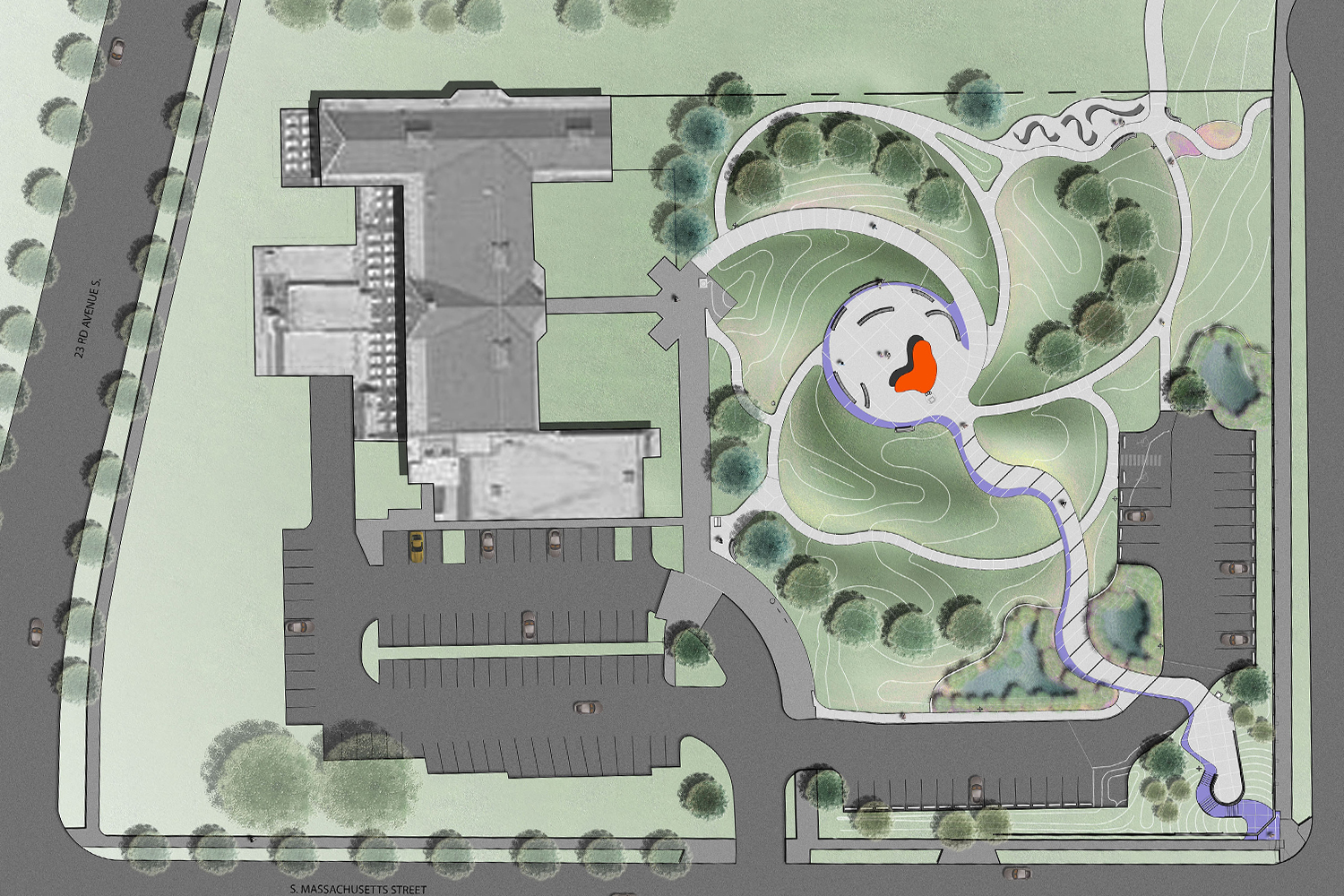 Jimi Hendrix Park is a landmark cultural space and community resource for music and the cultural arts in Seattle’s Central District. Envisioned as a celebration of Hendrix’s enduring legacy, the design draws references from his Seattle roots and pays homage to his music and visionary style through unique sculpture installations such as the Butterfly Canopy and Shadow Wall Triptych. In plan, the imagery of the site is suggestive of an abstracted guitar and flower petals, drawing reference to the paisley motif. Design elements include a central amphitheater for programmed performances and informal gatherings, integrated seating and spiraling pathways which emanate and converge from the central space to emphasize the curvatures of the pathways and circulation of the site. At the head of the guitar is an overlook with stairs that wrap around a curved wall with Jimi’s signature etched into the wall as a welcoming gesture to the community at one of the entry points into the site. The central spine or walk meanders from the head of the guitar toward the amphitheater and punctuated with etched steel inlay panels which depicts a timeline of Jimi’s history in Seattle. And within the continuous purple band alongside the walk, the lyrics to Jimi’s standard, “Little Wing”, is etched into the colored concrete. In partnership with the Jimi Hendrix Foundation, Seattle Parks and Recreation, and the neighboring NW African-American Museum, and this 5.8 acre public space serves as an iconic platform for educational programming connecting youth to the cultural arts.