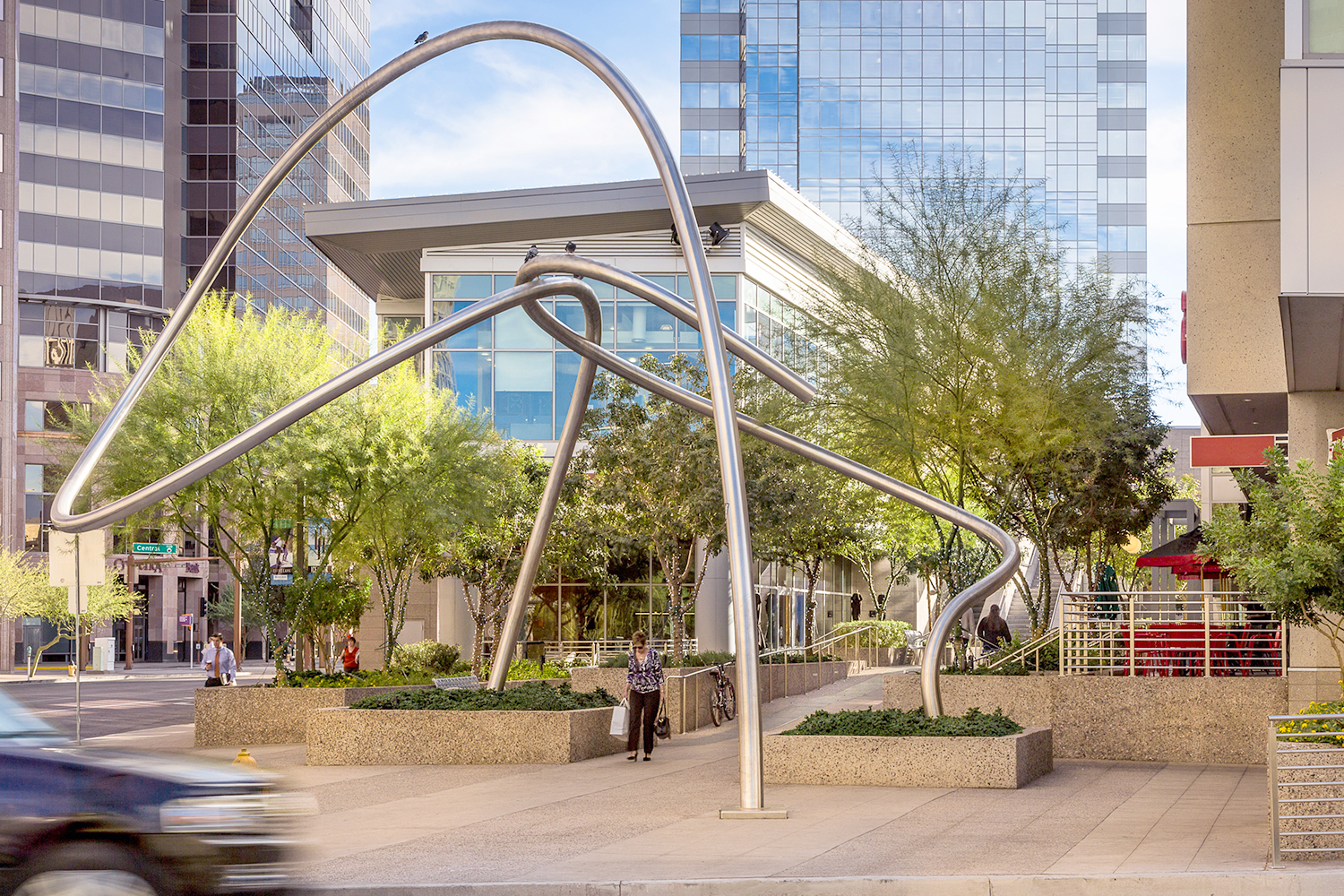 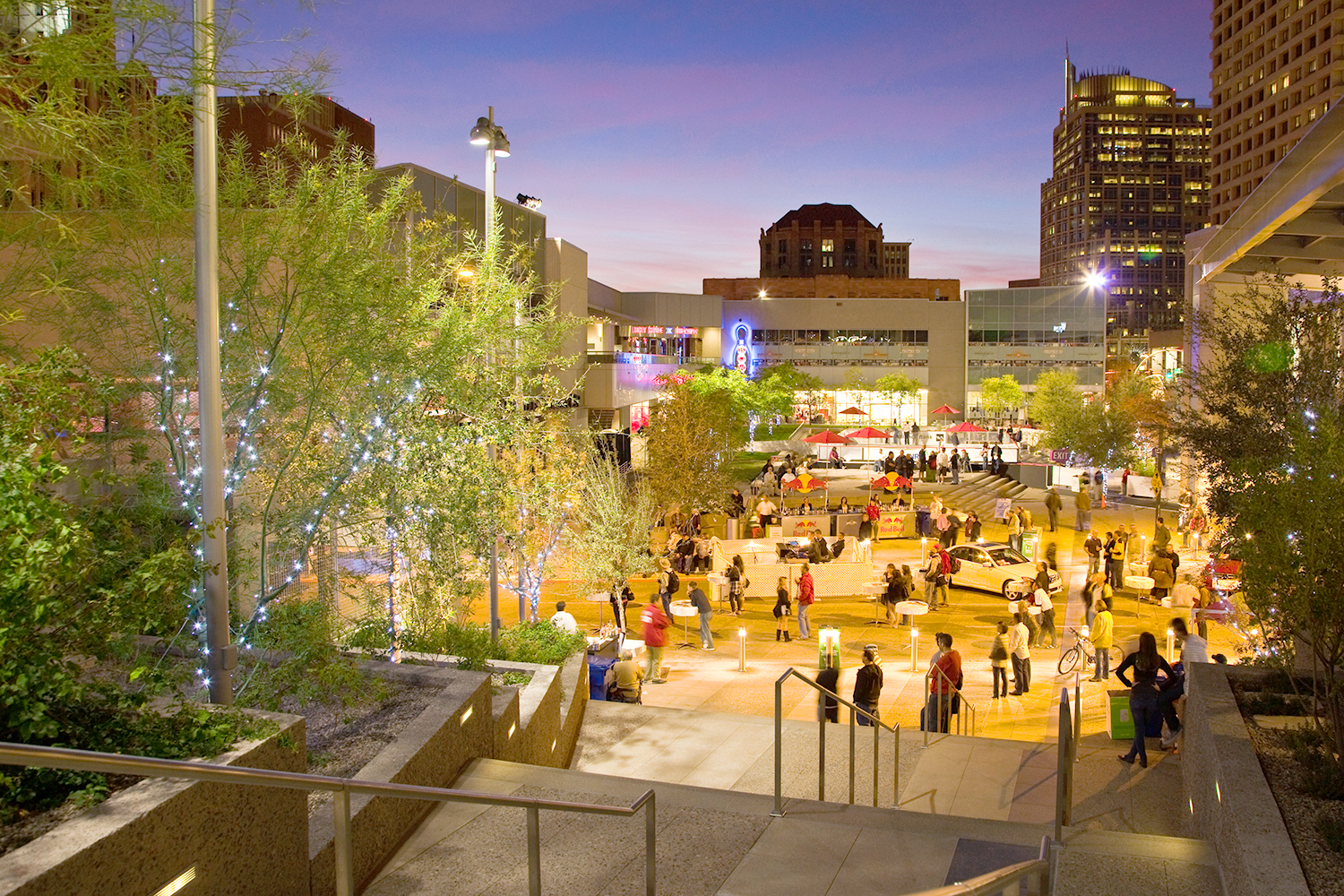 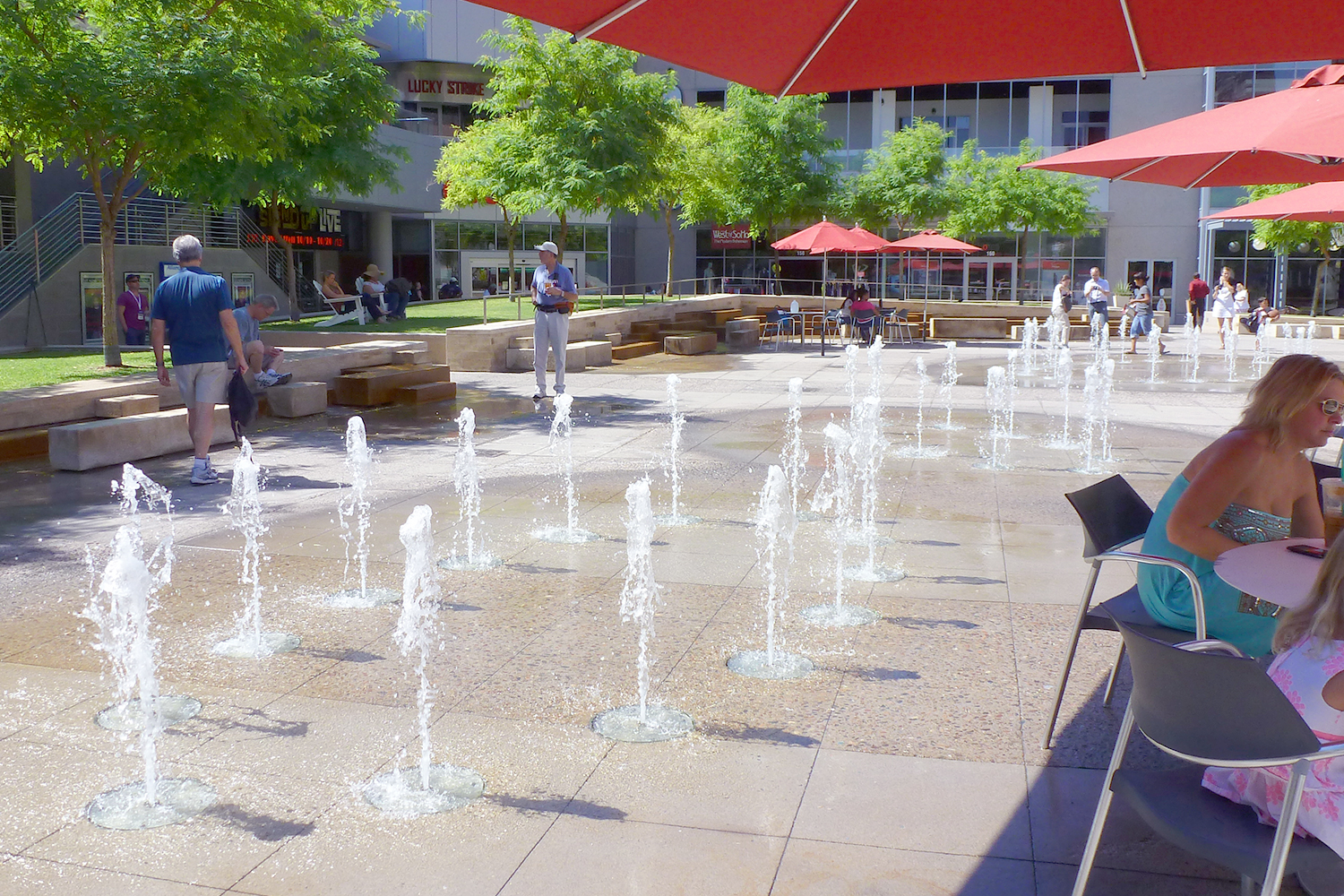 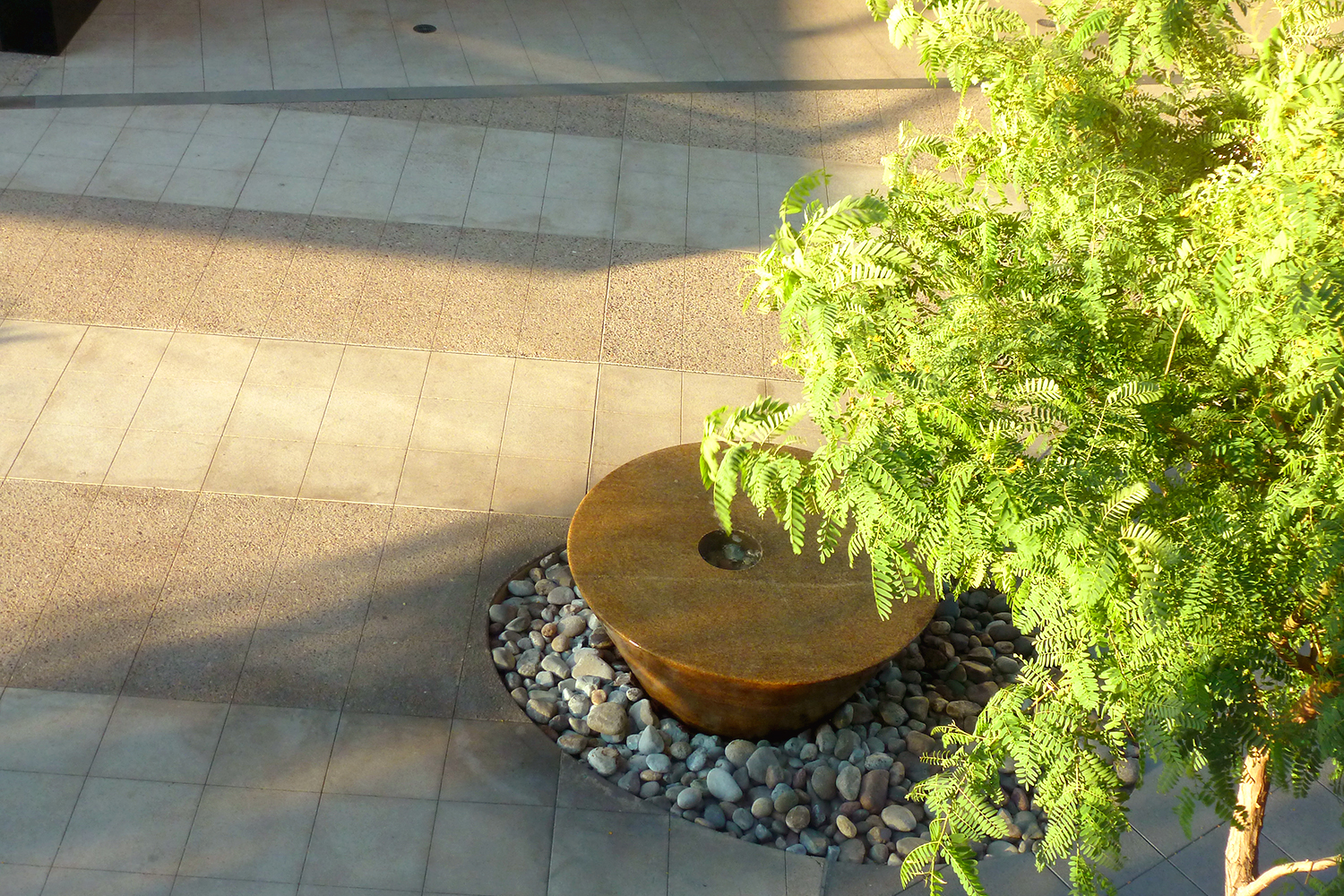 Cityscape contains multiple components of urban core development consisting of a hotel, retail spaces, offices, and a public park. The mesa and plaza were designed as a sequence of spaces along a bold diagonal axis spanning two city blocks. The design achieves spatial flexibility, allowing for more intimate gatherings as well as accommodating major public events. An interactive water feature enlivens the plaza space, and can be turned off for large-scale events where more space is needed. The diagonal walk defined by a line of dark paving is a linear feature that celebrates the historic use of canals. Both natural and cultural features of the region inspire the use of water throughout the design. The color and repetition of stone features, expressed in various sculptural forms, provides a sense of continuity to the use of stone in the downtown district.